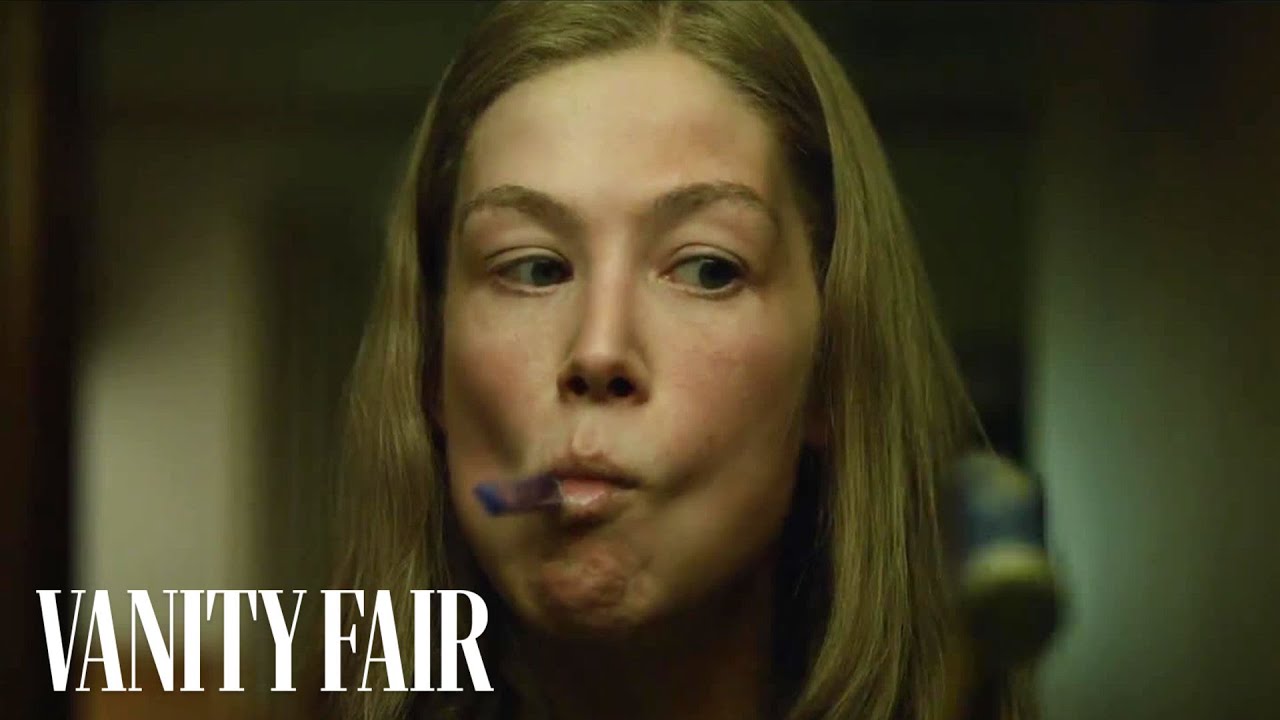 “Gone Girl” is art and entertainment, a thriller and an issue, and an eerily assured audience picture.

It is also a film that shifts emphasis and perspective so many times that you may feel as though you’re watching five short movies strung together,

each morphing into the next.

At first, “Gone Girl” seems to tell the story of a man who might or might not have killed somebody,

and is so closed off and alienating (like Bruno Richard Hauptmann, perhaps) that even people

who believe in his innocence can’t help wondering. His name is Nick Dunne (Ben Affleck). He’s a college professor and a blocked writer.

after three days pass without word from her. Amy and Nick seemed like a happy couple. The snippets from Amy’s diary,

read in voice-over by Amy and accompanied by flashbacks,

hint at differences between them, but not the sort that seem irreconcilable (not at first, anyway).

Were things ever really all that sunny, though? If they weren’t,

which spouse was the main source of rancor? Can we trust what Nick tells the homicide detectives

Can we trust what Amy tells us, via her diary? Is one of the spouses lying?

Are they both lying? If so, to what end?

The film raises these questions and others, and it answers nearly all of them,

often in boldface, all-caps sentences that end with exclamation points. It is not a subtle film, nor is it trying to be.

As directed by David Fincher (“Se7en,” “Zodiac”) and as adapted by Gillian Flynn from her bestselling potboiler,

“Gone Girl” suggests one of those overheated,

fairly comic-bookish “R”-rated thrillers that were everywhere in the late ’80s and early ’90s.

Like those sorts of pictures, “Gone Girl” is dependent upon reversals of expectation and point-of-view.

Describing its storyline in detail would ruin aspects that would be counted as selling points for anyone who hasn’t read Flynn’s book.

That’s why I’m being so vague.

Suffice to say that its explicit sex and violence and one-damn-thing-after-another,